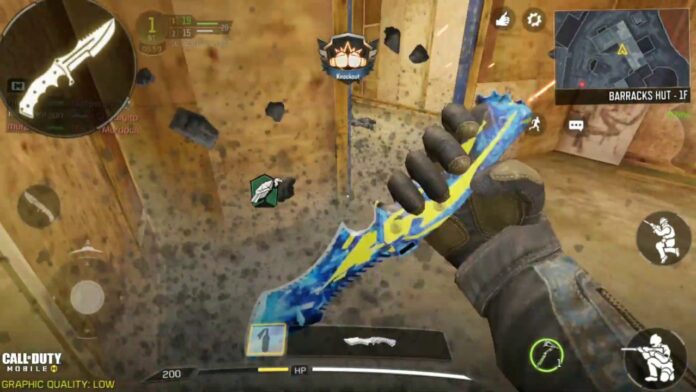 New Sticks and Stones mode in COD. The ever-hyped game taking everything to the new Level.

The developers at Raven Software released a new playlist of an update on their official Twitter handle. Many players spontaneously noted that the makers have added the update of a Rebirth Island Resurgence which was their constant request for the past few weeks.

But the fans missed the addition of a brand new playlist which is available on Caldera Quad the Sticks and Stones playlist.

The new playlist update of Sticks and Stones Mode in COD would be new to the players who haven’t played the game before or playing it for the very first time.

From there the game mode has evolved over the years and has now made its way into Warzone.

Although the current version of Warzone won’t be seen played for much longer, perhaps if the community likes Stick and Stones enough, the developers will bring it back.

Everything about the new Sticks and Stones mode in COD

The new Sticks and Stones is a game mode that completely ends up in controlling all guns and pieces of equipment.

Since the Crossbow is designed heavily with foam rubber, the players would be seen with their melee weapons to kill enemies in Warzone 5.

The players are all left with a Crossbow and melee weapons in their hands. The players have to eliminate each other via the given weapons on a condensed version of Caldera.

Players have no choice left instead of killing each other until the end mission is accomplished, which is standing all alone and being the winner. As this game mode is a part of the Mini-Royale series, so the map size is reduced when compared to traditional battle royale.

When coming to the release date, the game mode is yet to be released very soon this week, said the developers.