Home iOS No more WhatsApp Services on These iPhone Models 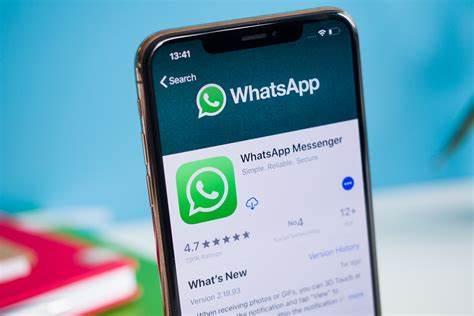 The well-reputed and most used app, WhatsApp has many pans on its cards and also executed some of them.

In the future, Mark Zuckerberg is planning for the commercial use of WhatsApp by including purchases.

So, after all these steps, now the makers will stop their services from these iPhone Models.

Frequently, some smartphone models are no longer able to use the app on their aged android versions, and so do the ios.

This was implemented in the November of last year. WhatsApp was no longer compatible with the devices running Kaios, Android, or ios versions.

And now as the iPhone 14 is launched, the app will only work with ios 12 and vice versa. Even though most users use modern smartphones. Other users continue to use the aged versions and devices.

We specifically consider users, who used an iPhone 5 for a long period, but now have to detach from WhatsApp.

No WhatsApp on iPhone 5 and Devices below IOS 12.

Unfortunately, for internal reasons, WhatsApp is now planning to cease support for some ios versions over the next few months, talking about iOS 10 and iOS 11.

WABetaInfo reveals a screenshot addressing the following message, “Update to the latest version of Ios to continue using WhatsApp. The app will stop supporting this version of ios until October 24, 2022, added to it.

So, iPhone users using ios 10 or ios 11 will have to upgrade to the ios 12 version to continue using WhatsApp on their mobiles.

Although the iPhone 5 and iPhone 5C are incompatible with ios 12, so by the end of October, these model users will no longer be to use the services of WhatsApp anymore.

So, the old version users should switch to the latest version or the version above 12, so they can as it continues with the instant messaging app.