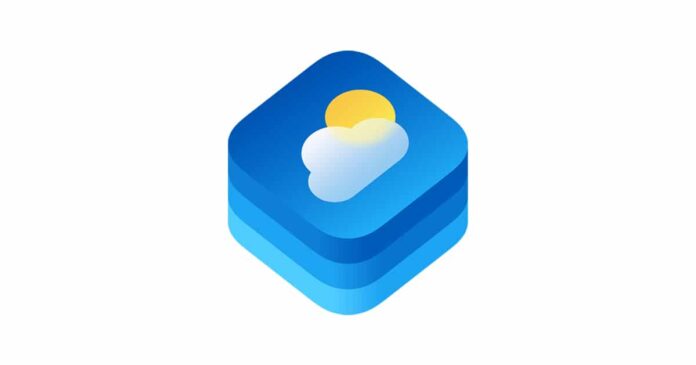 Weather Kit is now available for developers for money. Apple has recently announced that developers can make use of the weather kit services after paying some money to them.

The developers who use a ton of API calls with weather kits can now access more by subscribing to it.

WatherKit app from Apple has helped many developers in making plenty of API calls. It brings valuable information to your apps and services through a wide range of data.

The data results in helping the people stay up to date, and safe. The app brings a ton of weather data to the people. It is observed that up to 500,000 API calls are included with Apple Developer Program membership, per month. Now with the help of the new initiative from apple People can get more of it. But Developers must Pay Apple to access the weather.

Today it’s easy to use WeatherKit in your apps for iOS16, iPadOS 16, macOS 13, tvOS 16, and watchOS 9 with a Swift API, and on any other devices with REST API.

What is the cost for WeatherKit subscriptions?

Now let us know about the actual cost you have to bare for the new WeatherKit subscriptions, to access services from it.

As already Apple provides its developer of the Apple Developer Program with 500,000 API calls, perhaps if you have an app that includes many users, you can pay for more calls at various costs. Apple also announced that the edits to a WeatherKt subscription for a developer account can only be made by the Account Holder.

They can start using the new plan immediately as the new billing period is started. So, for more calls, it is now obvious that Developers must Pay Apple to access the weather.

You can have a look at the detailed costs mentioned below,