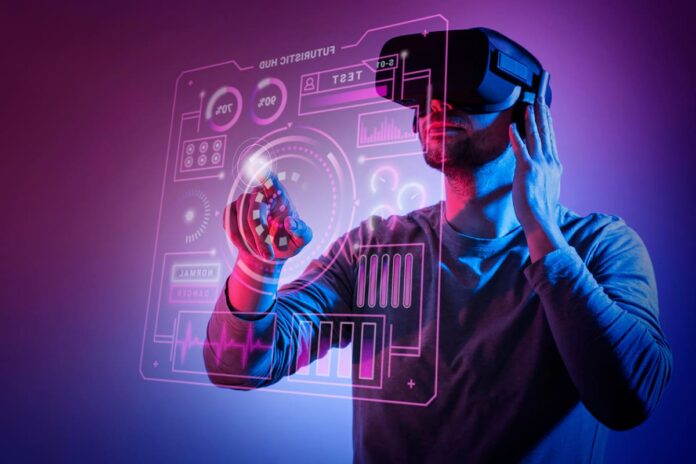 The 17th richest person in the world, Mark Zuckerberg, in his recent podcast interview with Joe Rogan, has announced the launch of Meta’s New VR Headset will be coming to live this October.

Perhaps, Zuckerberg didn’t mention the cost of the headsets yet, but according to the variety, it would be twice as expensive as the ongoing Meta Quest 2.

As told by Zuckerberg in the same interview, Facebook conclusively censored its Hunter Biden Laptop news for a week. He said it was done following the request from the FBI to restrict the misinformation and vice versa.

Mark also admitted that they did censor the story on Facebook, which resulted in decreasing its reach among the users, so with the VR Headsets launch news.

All about the Meta’s New VR Headsets. Meta Quest 2 was first named the Oculus Quest 2. In a very short time, it has become a huge success in the world of virtual reality headsets.

Now, Meta, the former Facebook, has its new launch in October, which would possibly come with all new features like eye tracking and face tracking.

Meta also stated that the new Headsets will be more bunched as the lenses meet the face, using the Pancake lenses, which would help in shortening the distance to create convincing 3D effects.

The organization also mentioned the design, having a larger battery sitting on the back of the headset, which seems to be more of the Hololens.

About the new features?

Mark, stated that in addition to the Eye Tracking and face tracking sensors, Meta’s new VR headsets would also involve health and fitness sensors in them.

As Fitness had become the keen focus of Meta’s VR world, so it acquired a subscription fitness service, that helps in heart rate tracking via paired Apple watch. The app syncs with Apple Health and does the work for users.

How will the Eye tracking work?

This would help the Meta VR users in giving accessibility to the people having less mobility using only eye controls. As mentioned earlier, Meta to be adding face and eye tracking, which would be used to emit emotions and facial expressions into the avatars.

But all of this stuff includes additional privacy questions, as Facebook’s history of user data abuse leaves a lot of concerns with it.

Mark ensures that the headset will design avatars more realistically, and would come with more updated Meta avatars.

Difference between the current Quest 2 and upcoming VR Headsets?

Mark stated, that the new VR Headsets would come with all new experiences of higher-end VR and mixed-reality headsets than the current Quest 2.

In addition to that, Mark stated the VR Headsets will give the wearer the competence to have kind eye contact in the virtual world. He explained, that whatever the wearer’s expression be, the same would reflect on his real-time avatar.

In conclusion, Meta tries to launch its new VR Headsets with more inbuilt sensors and new features, which would be a way different from the current Quest 2. The Quest 2 is still a phenomenal headset for its price.

Those were the interesting points about Meta’s new VR Headsets. Keeping these things in mind, now it totally depends on I dividual, which one would he be buying.