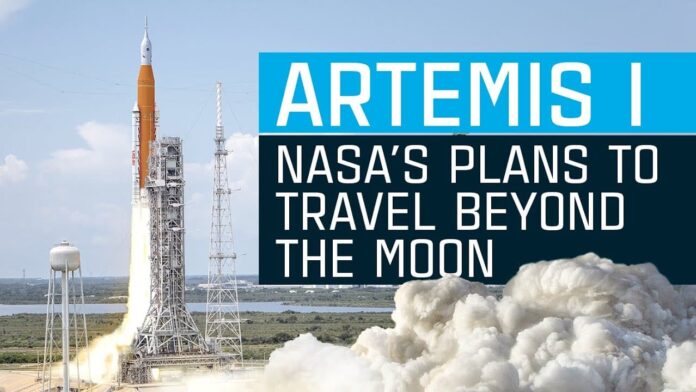 NASA ARTEMIS 1 Mission: NASA is launch-ready for its Artemis 1 mission. All you need to know about it.

The well-known space center NASA is launch-ready for its Artemis 1 mission on the coming Monday, which is on Aug. 29, 2022, from Kennedy Space Center in Florida.

The Space Launch System and the Orion capsule take more than a month duration. By Sending the Rocket, now there is no more waiting for NASA to return to the moon’s surface.

Well, there will be no astronauts traveling in the Rocket. As this is the first-ever mission in NASA’s Artemis lunar program. The astronauts will land on the moon by NASA’s third Artemis mission in 2025.

The NASA Artemis 1 moon mission is going to launch in exactly 5 Hours: 32 Minutes: 46 Seconds from Now.

You can watch the Live coverage from the NASA United states official youtube channel. Artemis is going to launch on 29th August 2022 at 8:33 a.m. EDT.

The Huge Budget of Rocket In 2012 the officials estimated that the rocket would standardly cost $6 billion to develop, debut in 2017, and carry a $500M per launch price tag.

But a few times things don’t go as expected, the SLS rocket is just now debuting and changed the estimations of the officials by carrying more than $20 billion to develop and the per launch price tag has bagged to $4.1 billion.

The OGI of NASA estimates, the total cost of the Artemis mission package through 2025 at a staggering $86 billion. From this, $35.2 billion are seen as obligated funding, the other $50.5 billion is described as requested funding.

The Mission for the Moon

The 322 Feet rocket is set to boost an Orion capsule, with a mission duration of 42 days, 3 hours, and 20 minutes with a total distance traveled 1.3 million miles.

The NASA team and Department of Defense personnel collect the splashdown capsule off the coast of San Diego, California.

The Countdown of 46hr to launch the Artemis 1 mission to the moon’s surface has officially begun at Kennedy Space Center in Florida. The rocket is all set for lift-off at 8:33 a.m. EDT.